On 26 February 2020, Finance Minister Tito Mboweni delivered the annual budget speech, providing an update on South Africa’s finances. Despite the budget speech highlighting the fragile state of the country’s fiscal position, the finance minister announced some much-needed relief for South African citizens. There were no major tax increases on individuals, while ambitious plans were announced to reduce expenditure over the next three years.

A high-level summary of the key points from the budget speech has been included below:

Taking a look at tax

Overall, the budget speech was well received by market participants, with both the rand and local bond yields reacting favourably on the day. The budget was largely pro-consumer, with no additional taxes being announced for individuals. In a surprise move, above-inflation increases in the tax brackets for individuals were also announced for the first time since 2014. The business sector will most likely welcome the state’s plans to restructure the corporate tax system over the medium term.

The most ambitious element of the budget speech was no doubt the plan to reduce the public sector wage bill by R160 billion over the next three years. With expenditure on public sector wages currently making up 35% of total expenditure, implementation of this reduction will be key. 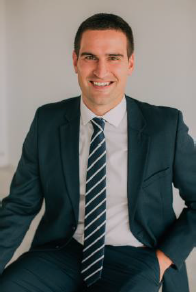 This commentary does not constitute investment, legal, tax or other advice and is supplied for information purposes only. Past performance is not a guide to future returns. The value of investments may go down as well as up and an investor may not get back the amount invested. Reference to any specific security is not a recommendation to buy or sell that security. The information, data, analyses, and opinions presented herein are provided as of the date written and are subject to change without notice. Every effort has been made to ensure the accuracy of the information provided, but Morningstar Investment Management South Africa (Pty) Ltd makes no warranty, express or implied regarding such information. The information presented herein will be deemed to be superseded by any subsequent versions of this commentary. Except as otherwise required by law, Morningstar Investment Management South Africa (Pty) Ltd shall not be responsible for any trading decisions, damages or losses resulting from, or related to, the information, data, analyses or opinions or their use.
This document may contain certain forward-looking statements. We use words such as “expects”, “anticipates”, “believes”, “estimates”, “forecasts”, and similar expressions to identify forward-looking statements. Such forward-looking statements involve known and unknown risks, uncertainties and other factors which may cause the actual results to differ materially and/or substantially from any future results, performance or achievements expressed or implied by those projected in the forward-looking statements for any reason.